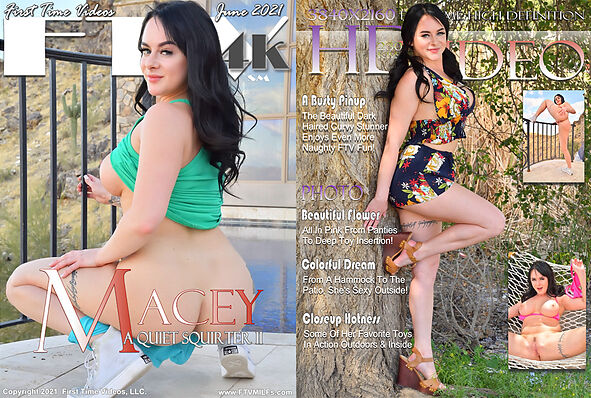 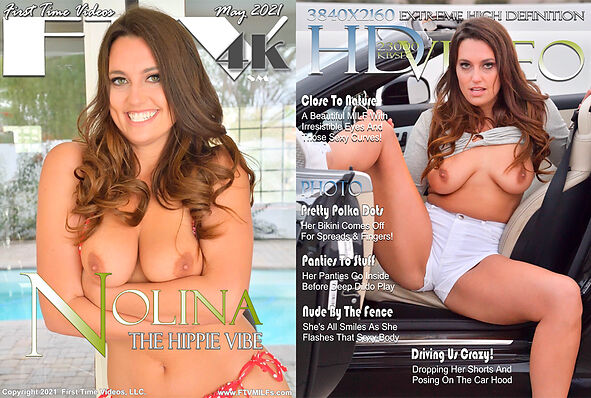 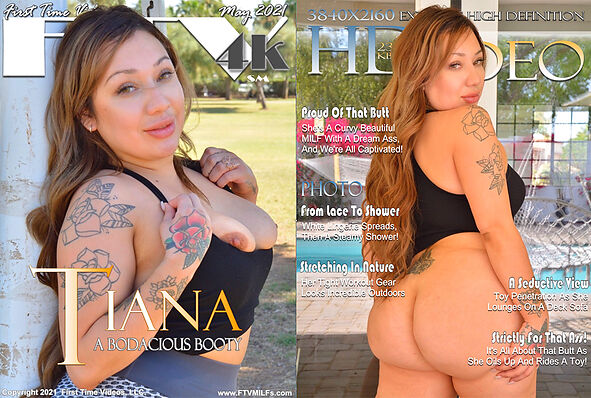 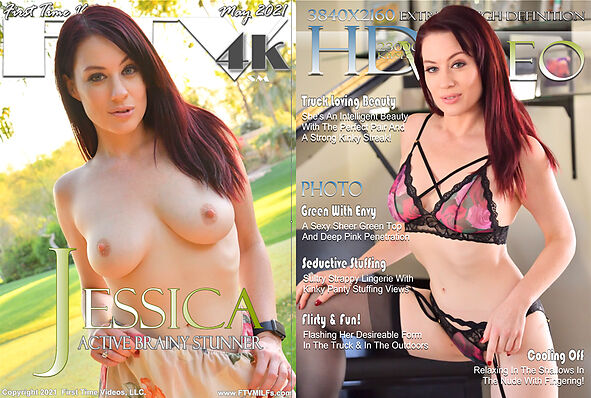 The gorgeous, elegant, and eloquent Jessica Ryan immediately wows us here on FTV as we see her dancing in a sheer green top, moving sensually to the music and slipping out of her clothing until she's dancing in just her lacy green lingerie. Afterwards she takes off the bottoms and lets her shapely breasts out of the bra as she lounges on the couch, spreading her legs and touching herself before using a vibrating pink toy for penetration pleasure bringing herself to a nice orgasm. After changing into sexy flirty strappy lingerie with thigh high nylon stockings and high heels we see her sitting on the piano bench, speaking a bit about her sexual experiences...and then slowly and sensually stripping out of her stockings for some leg- and foot-centric fun! Getting into a kinky mood we see her stuffing one of her stockings inside with her fingers, making it nearly disappear into her vagina! Spreading wide we watch as she uses the strong vintage Vibraking toy - while the stocking is still stuffed halfway inside her hole - and then slowly pulling the stocking out, and we watch the orgasmic pleasure from multiple angles! Heading outdoors in a bright red dress, she's very excited to ride in a big powerful pickup truck...it turns out she's quite the gearhead! She loves the experience so much she gets turned on from riding around in the backseat, and soon we're watching her spread her legs with no panties on while the truck is parked. She touches herself with her fingers and then uses a banana-yellow vibrator to fuck herself right there in the rumbleseat! After her playtime we see her riding around in the back through the streets, and then walking around completely nude in a lush park. Sitting on a small stairway we see her using her pink vibrator to fuck herself again, enjoying the penetration pleasure to climax...to finish off the day she takes a refreshing dip in a pool nude, bringing out her dildo to show her oral technique for us before blowing a kiss and bidding us farewell. She's a true beauty and is sexy inside and out...today was an amazing day of shooting with this knockout here on FTV! 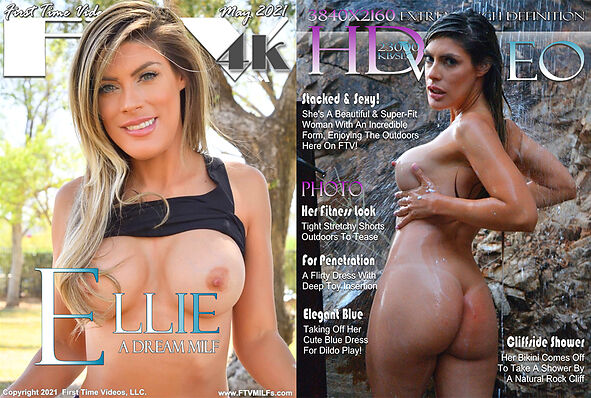 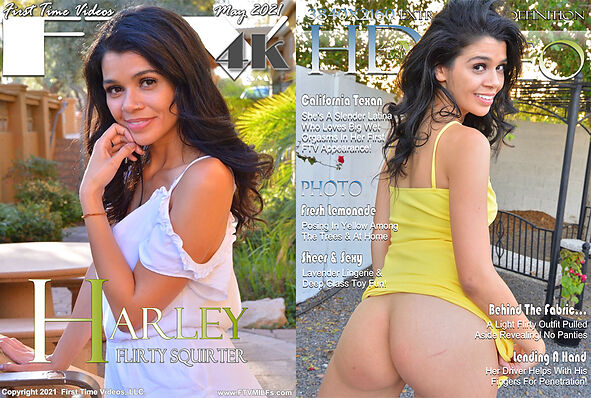 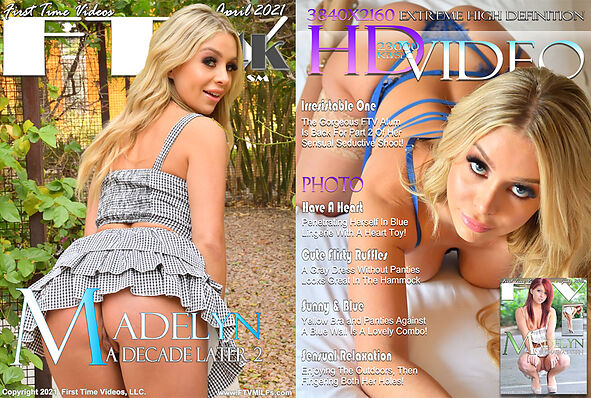 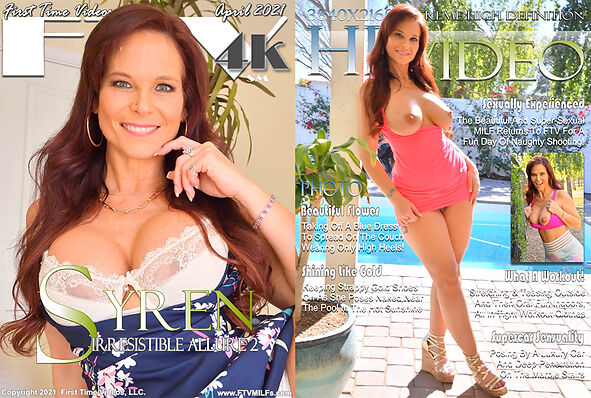 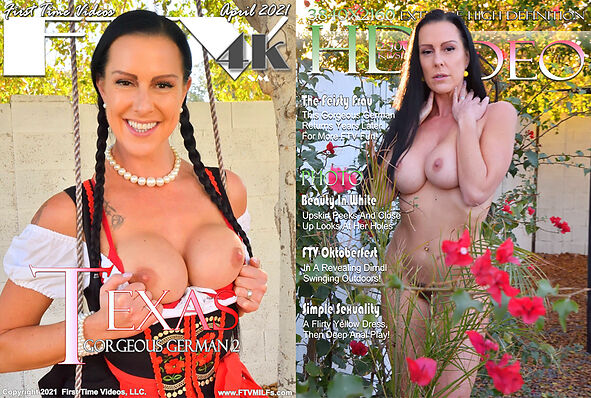 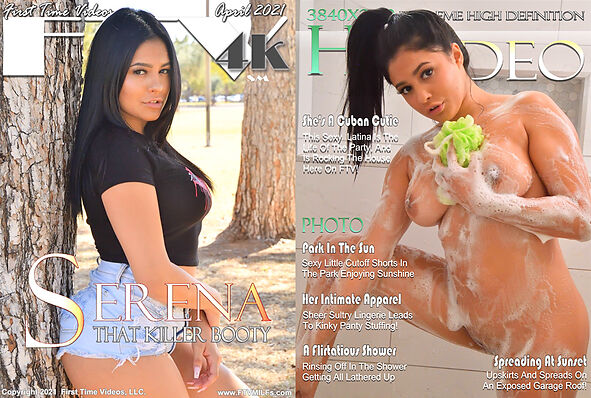 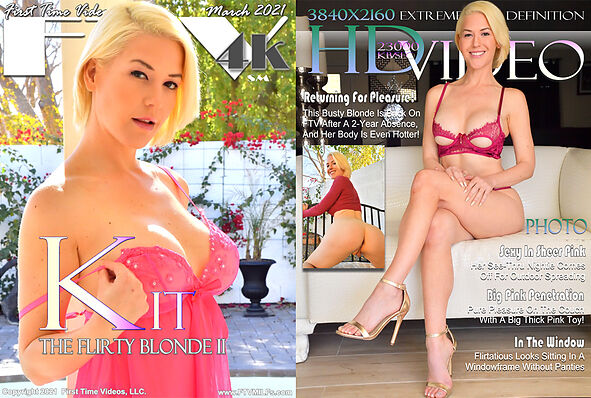 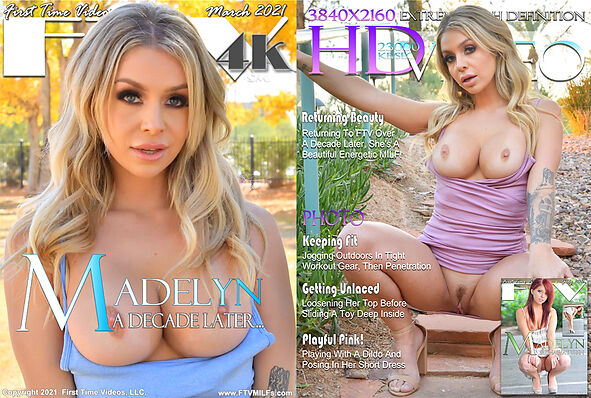 It's been about a decade since we last saw beautiful Madelyn on FTV and now she's returned, an absolute beauty with a spectacular MILF body! We meet her again today as she runs towards us in tight stretchy workout gear...and as she stretches out she tugs her top down a little to give a peek at those big breasts! Back at the house she quickly gets more intimate, stripping down out of her workout clothes and dancing to R&B music until she's completely nude. Afterwards we see her relaxing on a patio chair, spreading her legs open and using a popsicle-shaped toy to stimulate herself...and we get to see the penetration play from several hot angles, with her adding a magic wand to the mix for strong vibration and bringing herself to a nice orgasm! Heading indoors she's changed into a lace-up corset top - which is undone enough to let those amazing boobs out to play - and some white high heel shoes, with no panties on! She shows some of her oral techniques using a thick purple toy, sucking it and working it with her hands and tittyfucking it to show just what she likes to get up to. After more penetration play she changes into a more business-casual outfit with a short plaid skirt and gray top, bending over to let her cute butt peek out...followed by even more dildo-fucking; this MILF clearly loves penetration! Next she heads outdoors to feed the ducks, tossing some breadcrumbs around and we note she has no panties on as we get some upskirt peeks. She wanted one last orgasm before leaving to catch her flight so we see her using the pink toy again for penetration, fucking herself and rubbing her clitoris with her fingertips for a finale to her gorgeous return here on FTV! 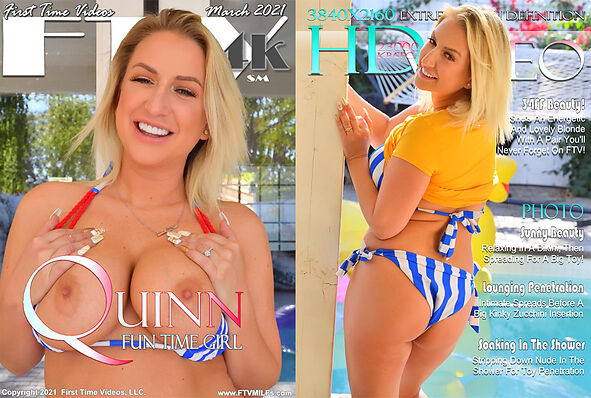 Quinn introduces herself by way of dancing to her music in a very cute white and blue striped bikini, slipping out of it to show those amazing curves...especially her perfect butt! She loves playing with those huge 34FF breasts and gives herself a nice breast massage with coconut oil after her dance, and WOW the 'girls' look incredible as she squeezes and rubs them. Next we see her using an enormous thick toy - which doesn't even fit in her mouth! - which she covers with oil and tittyfucks, sliding it up and down between those firm full breasts...and then she tries to fit it inside her hole, fitting it partway! Reaching for the vintage Vibraking toy, she buzzes her clitoris - almost getting caught by the mailman - and brings herself to orgasm. Next we see her in the kitchen preparing some veggies (topless, of course) and then licking, sucking, and penetrating herself with a large cucumber...and we get to watch it from quite close up! A powerful magic wand toy is next, stimulating her sensitive privates and then using her fingertips to finish herself off for another climax. She hops into the shower to rinse off in a red swimsuit, stripping down and lathering up her boobs to get all squeaky clean before sticking a suction cup toy to the wall and backing up against it while on her knees! She gets a doggystyle fucking from the dildo, and it's clear how much she loves getting her hole filled from behind...she rides the toy and sucks it while massaging her clitoris, enjoying one last orgasm before we bid her goodbye. Quinn is a stunning blonde with an amazing body, and we're treated to a guided tour of it today here on FTV MILFs! 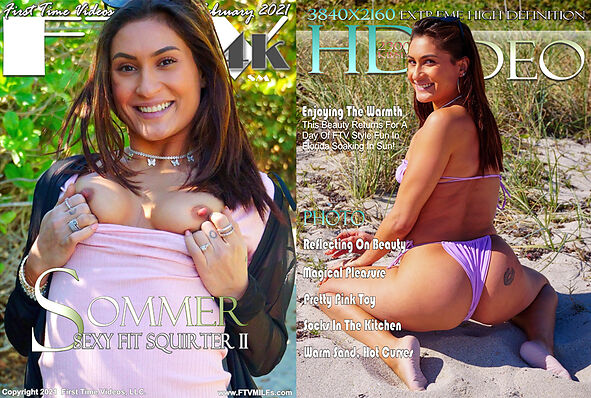 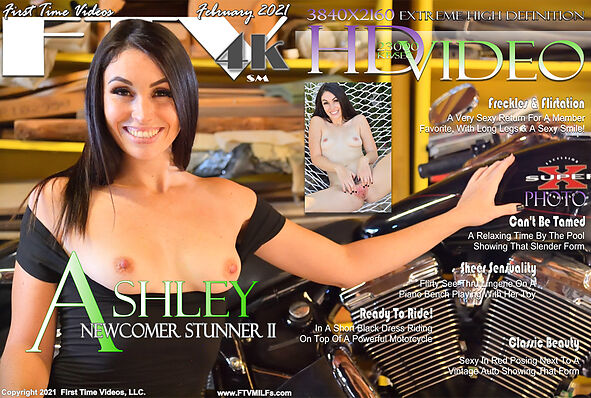 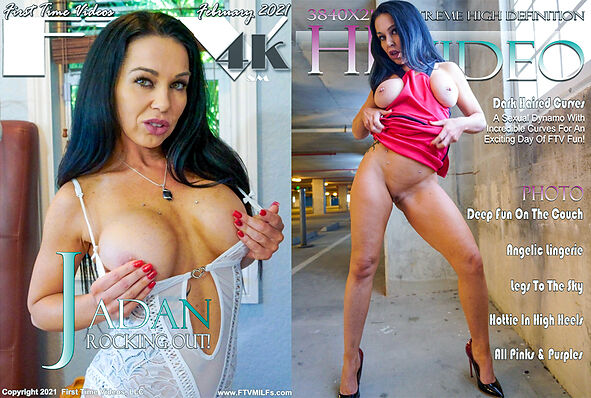 We're introduced to lovely mature raven haired Jadan as she strikes a pose in the living room in her semi-sheer white dress, ready to dance up a storm to some rock & roll! After some dancing we see her laying back on the couch in the nude, fucking herself to her first orgasm of the day with a thick pink dildo. Heading to a special massage chair we see her enjoying the automated pleasure while providing some of her own with a vibrator on her clitoris and a finger slipped inside herself! Next is more orgasmic fun, this time with a textured glass toy which we get to watch penetrating her hole from up close. Out on the rooftop patio we see her in a sexy little bikini twirling around and testing out the jacuzzi waters, dangling a leg in the tub and rubbing her clitoris with a hand while talking about some of her sexual history. Before long she's on her back on a patio chair, fucking herself deep with a pink vibrator until she has her fourth orgasm of the day! Venturing outdoors in her tight little red dress we see her from a between-the-legs vantage point in the car as she and the photographer drive towards the beach, chatting about her history in the adult industry and about herself...and then getting her legs in the air to finger herself! Arriving at a public parking garage close to the ocean, we see her flashing and playing and revealing her breasts without a care for who might see her in action. It's a brief walk to the shore and she takes advantage, flashing as she strolls...her heels come off as she reaches the sand and goes for a walk near sunset, enjoying the open air of the shore. After some more teases we see her heading back to the house, getting into the shower to rinse off and have one last orgasm with the aid of the showerhead...a lovely mature woman with amazing curves and an unstoppable sex drive here on FTV MILFs! 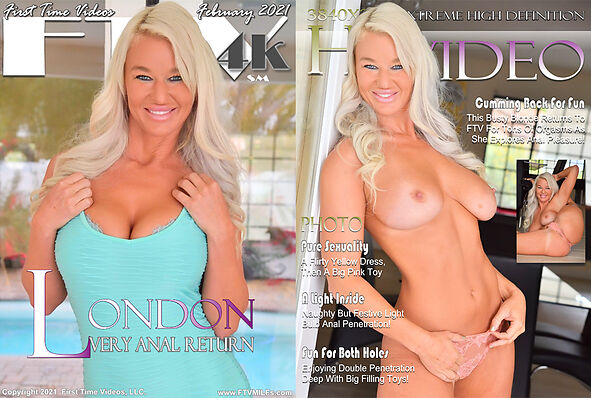